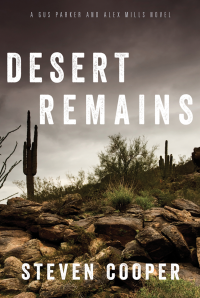 In a world of Long Island mediums, “dudes who cross over,” and horoscopes that auto-Tweet, Gus Parker is the real deal. His visions might be murky, but they mean something. That’s why Detective Alex Mills needs his help. Someone is filling the desert caves around Phoenix with bodies—a madman who, in a taunting ritual, is leaving behind a record of his crimes etched into the stone.

Set in the rugged, majestic landscape of the Valley of the Sun, Desert Remains leads Mills and Parker into the mystical world of petroglyphs—crude drawings from an ancient civilization that seem to have inspired the dark, haunted mind of a serial killer.

When Parker sees the crime scenes, he sees visions of a house on fire and a screaming child.  With no leads and no suspects, Mills sees a case spinning out of control. City leaders want the case solved yesterday, and another detective wants to elbow Mills out of the way. As the body count rises, Gus Parker struggles to interpret his psychic messages, knowing that the killer is one step ahead, knowing that in this vast desert, the next murder could happen anywhere. Mills suspects that with every news crew, every bleeding headline, and every dead end, he is one step closer to reassignment. It doesn’t help that a family crisis almost pushes him to the breaking point. Nor does it help that Parker, who’s always been unlucky in love, finds himself the prey of a lovelorn stalker who is Fifty Shades of Crazy.

Desert Remains swerves past the gloriously scenic, ricochets off the darkly absurd, and hurls Gus Parker and Alex Mills into a trap they may very well not survive.

THE STORY BEHIND THE STORY

My house in Phoenix sat at the edge of a mountain preserve. From the decks around the house, you could see the mountain rising and the many cacti soldiering up its slopes. On any given weekend morning, friends would show up for an impromptu hike, and it was on one of those very first hikes when I discovered the ancient tribe of my neighborhood. On one trail after another, we stumbled upon the artwork of the Hohokam, prehistoric North American Indians who lived from approximately 200 ad to 1400; their petroglyphs, or rock art, were etched into the sides of boulders and caves and have been etched into my mind ever since. The symbols the petroglyphs depict have never been definitively interpreted. Some people think they know what the symbols mean, but no one knows for sure. Great inspiration for a mystery. But I did not start writing Desert Remains immediately. 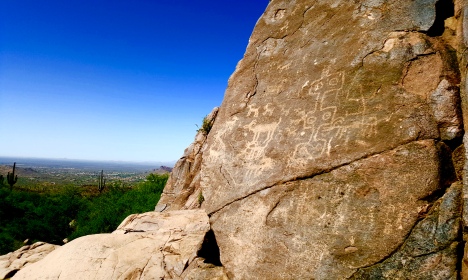 When alone, I would go to the mountain to meditate. When with friends, I’d hike the trails to test my endurance, to let off steam, to commiserate about work. I was a television reporter back in those days already a bit jaded by the often hideous nature of humanity. That’s what happens when, to satisfy the insatiable American appetite for death and destruction—the more violent, the better—you alternate between stories of murder, rape, child molestation, and carnage on the highways. The mountain was great solace. I loved living in this small cradle of antiquity, knowing that literally out my door were the remains of another civilization. The word “Hohokam” is said to mean “those who have vanished” in the Pima language. I know. It still gives me chills. Even more inspiration for a mystery.

The seeds had been planted.

It would be many years later, however, before I would write Desert Remains. I wouldn’t start writing the book, in fact, until I left Phoenix to accept a job back on the east coast to be closer to family. I never truly wanted to leave the desert, and I hung on to that property for several years. Hanging on meant the ghosts of the Hohokam never left me, and those ghosts implored me to start writing, using their artwork as prompts. Their petroglyphs would stir a monster’s ritual and, at the same time, puzzle Alex Mills and Gus Parker. So if you love the book, thank the ghosts. If you hate it, blame the ghosts.

Because it all started one lazy weekend morning when we couldn’t get out of bed. I leaned over and said, “Hon, I have this idea for a book. Can I run it by you?” 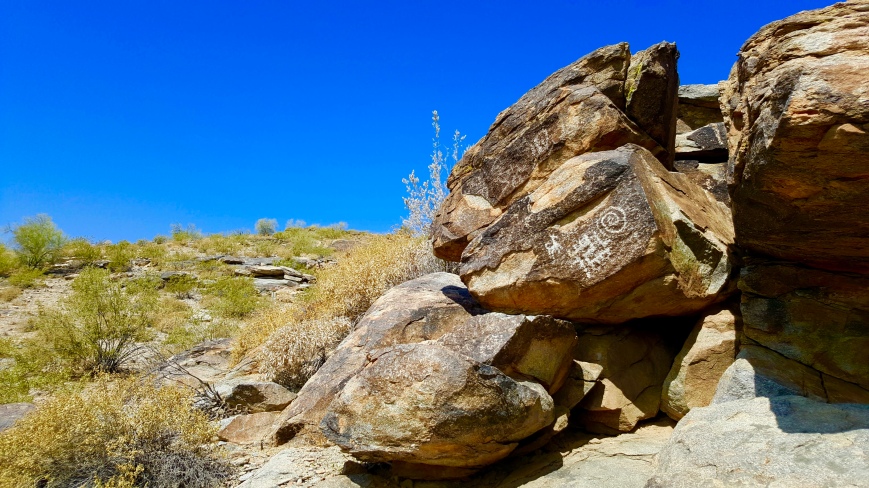